5 Useful CMD Commands that a Windows User Should Know

As Windows becomes an increasingly important platform for computer users, it is important to learn more about the different commands available to get more out of your system. This article lists some of the most practical and handy Windows commands that every Windows user should get to know.

The Command Prompt was one of the first tools included with Windows when it was first released, and it is still available today. As you may be aware, Command Prompt has a number of helpful and appealing features that you may access through a terminal window or command line. Even yet, it is more powerful than the graphical user interface if you know how to use it. However, you must first learn all of the commands and know how to utilize them. Even so, it will take a long time. However, in this post, I’ll show you 5 essential cmd commands that every Windows user should know.

1. Set a timer for your computer to shut off. Using the Command Prompt

It’s possible that your computer is engaged in a procedure that you don’t have control over. In this scenario, a simple command may instruct your system to trigger the shutdown mechanism when a certain amount of time has passed.

We want the system to shut off in one hour, for example. To begin, open a command prompt and type the following command.

You may change the parameters of this command to suit your requirements.

The primary command is shutdown, and it does not alter. The computer is told to shut down with the word s-. You may restart by pressing r-, and log off by pressing l-. 3600 is the time it takes to perform it per second, as indicated by the phrase t-timer. Although you may change the number of seconds to anything you like, 3600 seconds equals one hour. Simply enter shutdown -a on the command line to stop the timer.

If you want to learn more about the shutdown command, enter shutdown/? at the CMD prompt. Everything will be visible to you.

Details on the shutdown

Have you ever tried to join to a Wi-Fi network but couldn’t remember the password for your other devices? If the network is saved on your laptop, a simple command may be used to retrieve the saved password for use on your phone or tablet.

This information is available from the Network Status menu if you are presently connected to the network through your laptop. Otherwise, you may use the following command to view a stored network’s password:

To begin, enter the following line into the cmd prompt; this command will display all previous wifi connections.

Show Routers That Have Been Connected in the Past

To see the password, run the following command, substituting the name of the Wifi for Name.

After you’ve entered the command, go to the security settings and look for key content; you’ll see the router’s password in front of it.

The majority of people have little experience with Windows setup and partitioning. However, it’s preferable to be aware that the Diskpart command has become one of the most often used command-line commands. If you need to format your hard disk, flash drive, or SD card because of an issue, this is the best method to do it.

You can clean a disk using the instructions listed below.

4. Get a list of all the programs that are installed on your computer.

You may require a list of applications installed on your system to reinstall them on your new system if you purchase a new laptop or intend to install a new version of Windows.

This command requires the use of PowerShell, a more powerful and recent utility included with Windows. Open the Start menu, type PowerShell into the search box, and press Enter. Then type the command below into it.

Instead of “YOURUSERNAME,” enter the user for whom you wish to view the installed applications in the command.

In a text file, make a list of all the installed applications.

Go to the desktop after executing the command and open the text file that was just exported using PowerShell. When you open it, you’ll see a list of all the applications that have been installed on your computer.

5. Use the CMD to watch Star Wars

This technique may or may not be helpful, but it is undeniably appealing. To use it, first go to Windows Features and turn on Telnet. If you’re not sure how, enter Appwiz.cpl into the Run dialog box, then choose Turn Windows Features On or Off on the left. Check the option for the Telnet client now.

Open CMD and execute the following command after the Talent has been enabled in Windows.

This video may be useful if you’re having trouble understanding the procedure and stages.

Although the commands may vary depending on your area of work, I thought this would be a good starting point for a list of 5 Useful CMD Commands. I hope you found this post useful and learnt something new.

You can never be too prepared for a disaster of any kind, and the unexpected can happen at any time. Here is a list of 5 commands that would come in handy in any situation, and we guarantee that at least one of these commands will come in handy at some point in your life.. Read more about cmd commands windows 10 and let us know what you think.

What are useful CMD commands?

The following are some useful commands for the Windows operating system. cd – Changes directory dir – Displays a list of files in a directory mkdir – Creates a new directory rmdir – Removes an empty directory del – Deletes a file or folder

What are basic commands of command prompt for Windows?

The basic commands of command prompt for Windows are as follows.

The Windows command line prompt is a text-based interface for the operating system. It is primarily used to enter commands and execute programs. 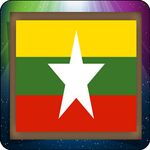 Expert Tips on How To Properly Protect Your Data