The s scale train layouts are a type of model train layout that is built on the smaller, or scale, of 1/64.

To say the least, model trains are intriguing. To a railway fan, everything about these miniatures is appealing, from the well-designed realistic bodies to the static.

But how can you know which scale and size model train is right for you? In this post, we’ll discuss the two most popular scales of model trains: S scale and O scale.

By the conclusion, you should have a better understanding of the two scales and be able to choose which is preferable.

What is the difference between S scale and O scale model trains?

S scale, often known as S gauge, is one of the earliest model train sizes available.

S scale trains are available in both DC and AC versions. The appeal of this scale model train stems from the realistic appearance of its two-track layout.

After World War I, O scale trains became popular, and they are now mostly used for rail transit modeling and toy trains. It’s scaled at 1:48 and features intricate track layouts.

This is due to the fact that O layouts are considerably bigger than OO or HO layouts. Because of their simplicity of use, durability, and low cost, O scale model trains are excellent for pre-adults.

There was not a lot of focus on correctness in the beginning. However, issues regarding details and realism have been resolved in recent years, making them popular among fine-scale modellers as well.

S and O scale model trains have a long history.

The S scale is one of the oldest scales in existence, as we’ve previously stated. The National Model Railroad Association established it in 1943 after it was constructed from card stock in 1896.

Under the American Flyer brand, A.C. Gilbert started producing two-rail S scale S gauge trains in 1946. The world of 1:64 modeling was mainly influenced by these advances in design, as well as marketing.

As the number of producers of S scale model trains grows, so does the number of high-quality accessories available. Rolling stock, locomotives, rails, figures, bridges, and much more are all available.

The O scale model trains were first produced about 1900 by Märklin, a German toy company.

It became popular in the 1930s, after the Great Depression, when demand for more costly, bigger trains fell. After WWII, greater emphasis was placed on scale, locomotives, and rolling equipment, and the term O gauge was changed to O scale.

With the goal of regaining popularity lost in the 1990s, more attention is put on realism and details.

American Flyer, Williams, Atlas O, MTH, and Weaver are some of the most well-known O scale model train makers.

S Scale vs. O Scale: Which is Better?

We can finally decide which is superior now that you have a better grasp of both the S and O scales.

It’s almost difficult to decide whether scale is superior. This is due to the fact that each size has its own set of advantages and disadvantages.

However, considering a few variables such as age, space, objectives, and money can assist you in determining which scale is best for you.

When it comes to age, bigger sizes are seen to be more suitable for younger modelers. Many older modellers, on the other hand, prefer bigger scales since they are more comfortable to work with.

Bigger isn’t necessarily better, however. If there isn’t enough room for a bigger arrangement, lesser alternatives are available. In such scenario, S scale model trains are the best option. It’s time to move on to your budget now that you’ve figured it out.

It all relies on the number of model trains you’ll need to complete your layout. The final aim should be in line with your budget and available space.

What do you think the ideal layout would be? Do you prefer more detailed models or models that are ready to use?

Which scale is the most accessible?

In today’s world, nearly everything is accessible from anyplace. As a result, both O and S scales are readily available.

Not only trains, but also railway equipment may be purchased on the market to complete this complicated system.

S scale model trains, on the other hand, have a considerably smaller variety of trains and accessories.

Model railroading has been increasing in popularity for decades. The broad range of scales, sizes, and accessories available makes it more fascinating for modellers to achieve their objectives.

We hope that our explanation of the differences between S scale and O scale model trains proved useful. Have fun selecting the appropriate model scale!

For as long as he can remember, Peter has been constructing model trains. This site is a creative avenue for him to go further into various sizes and elements of the model train community and hobby. He is an ardent lover of HO and O scale.

What is the difference between O Scale and S scale?

What size is S scale?

What is the difference between O Gauge and S Gauge?

O Gauge is a gauge that measures the amount of air pressure in an engine, while S Gauge refers to the speed at which an engine is running. 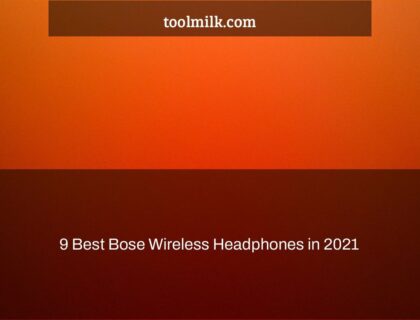